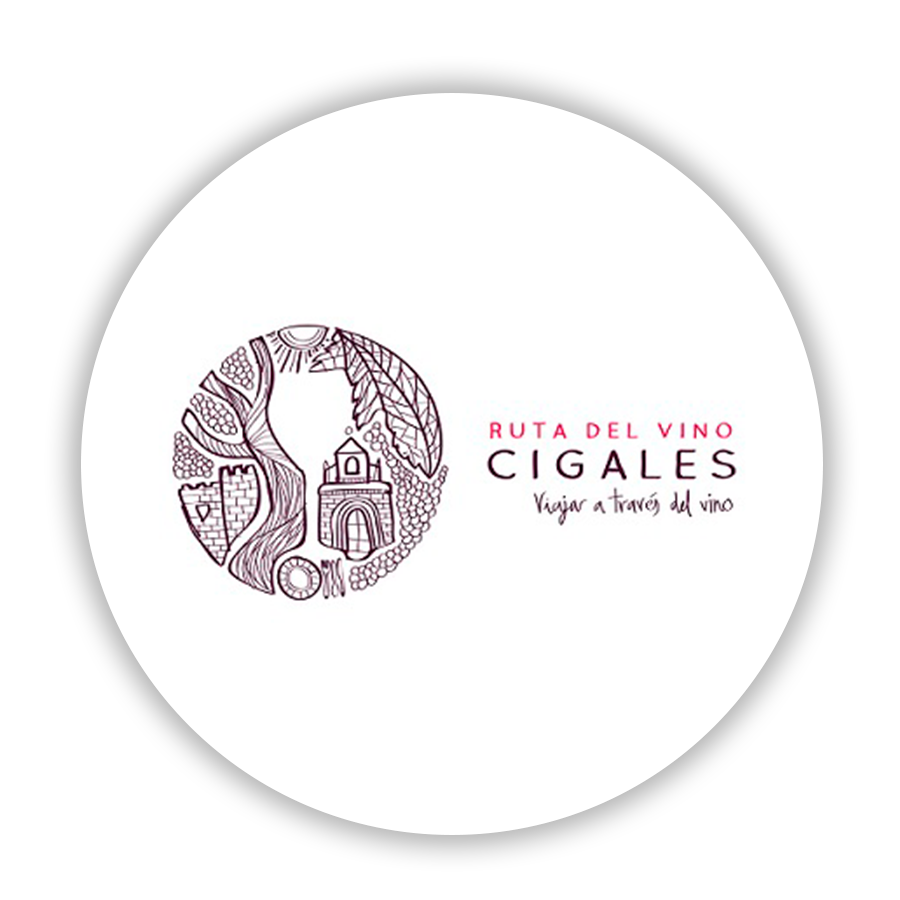 In every corner of the Route, there are experiences that you will fall in love with and sensations that you’ll never forget. You will find diverse and enchanting places to visit bound together by a certain familiarity and tranquility at every turn. The Wine Route of Cigales offers charming accommodations surrounded by breathtaking landscapes and a rich cuisine, all while ensuring top-level quality and professionalism.

Throughout history, such relevant figures as the Catholic Monarchs, Felipe II, Napoleon Bonaparte, as well as important Castilian nobles, Trappist and Cistercian clerical orders have traversed our Wine Route leaving behind their influence and contributing to the legacy. With deep cultural roots engrained in the people, wine production has been a time-honored tradition of the Wine Route of Cigales since the tenth century and has retained its importance in our region since the Middle Ages.

Such was the celebrity of our wines, that when the Court of Felipe III was installed in Valladolid (1601-1606), this viticultural product from Cigales was consumed regularly in the capital, further contributing to its popularity at the time.

Around the mid-nineteenth century, after a few centuries of decline, there was a significant extension of the vineyards and production due to the phylloxera vine plague in France. French wine makers bought their grapes from Spanish vine growers, while transcending the advanced French viticultural techniques to them while improving on the existing ones. It wasn’t until the early twentieth century that phylloxera reached Cigales, but by then its presence was merely symbolic as the vine growing techniques already employed reduced any significant effects.

The creation of the D.O. Cigales in 1991 consolidated the region as a wine producing area of ​​high quality, increasing production, marketing and exports. With the arrival of the 21st century,  business began to grow thanks to the implementation of wine tourism. 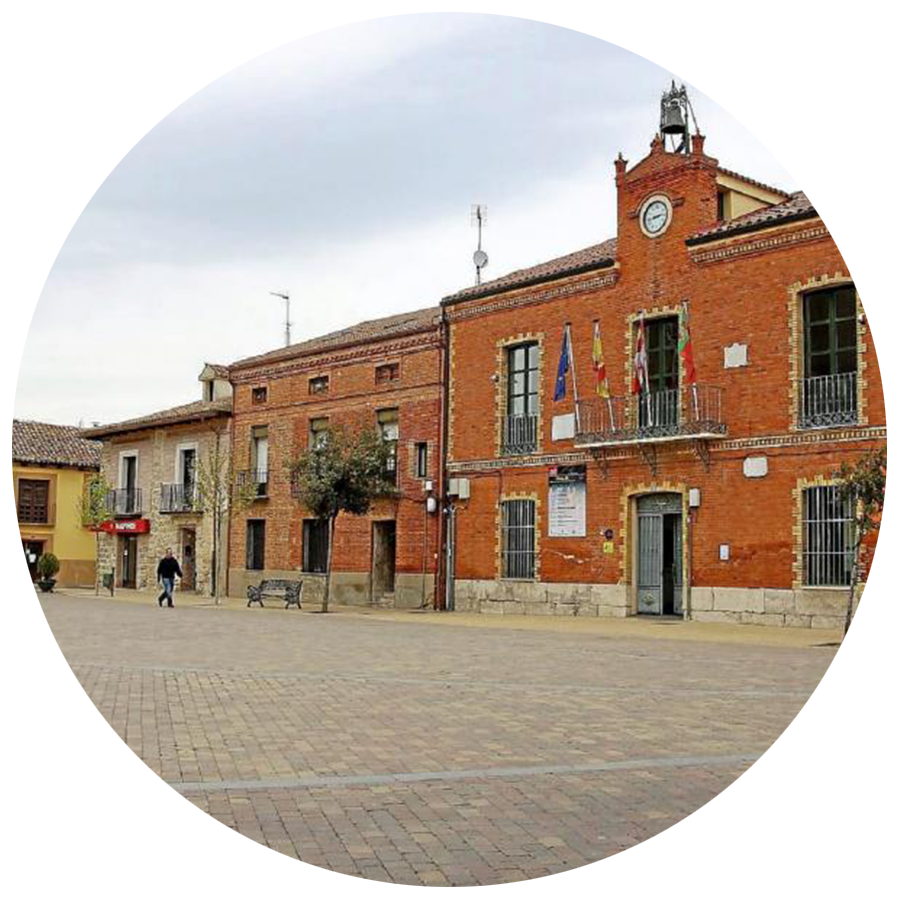 Land of Rosé, where great reds are also made

Wine is well represented in all our locations. While D.O. Cigales is recognized as a land of rosé, quality award-winning reds with numerous national and international competitions to their name  are also abundant here. These are primarily made from the Tempranillo variety from old vines planted on very characteristic soils composed of rounded stones. Since 2011 white, sparkling and sweet wines have also been produced, adding to the richness and variety already represented by the rosés and the reds. Also, new varieties such as Sauvignon Blanc, Cabernet Sauvignon, Merlot and Syrah are being worked with to accompany the main Tempranillo, Garnacha, Verdejo and Albillo varieties, which have played a big role in the legacy of the historic and renowned rosé.

Cigales has traditionally been a land of rosé; which today are proving to be more modern, aromatic and appetizing, with strawberry hues, inviting you to take a fresh glass, wrap yourself in its fine aromas and appreciate its flavors when pairing with different types of menus. Although these wines have adapted to the market demands of current times, they haven’t forgotten their origins.

The reds have, without a doubt, proven their worth with honors. They are renowned for their elegance and quality, verifiable facts that are largely supported by the age of their old vines and the meticulous care and attention given to them by the local winegrowers up until the moment they are taken to the subterranean press houses.

Culture and music are very present in many historical scenes. The Museum-Cultural Center Paco Diez of Mucientes (building constructed on the ancient wall of Mucientes) as well as the Castle of Trigueros Valley, the Castle of Fuensaldaña and the Monastery of Santa Maria de Palazuelos serve as venues to an annual program of tourist-drawing activities such as lively concerts, events and unique performances incomparable to any other. We can also visit art exhibitions that are organized sporadically in these locations as well as at various wineries. Similarly you can also see the traditional culture of wine in Bodega-Aula Interpretation Mucientes (Wine Museum) or visit the 16th century winery of Cigales as well as the Cántaro Museum of Valoria la Buena. But most intriguing of all are the more than 1,200 existing underground cellars, many of which are still functioning,  will immerse you in an unpredictable but unforgettable destination.

A rich heritage with castles, monasteries, large churches, the Canal de Castilla and over a thousand underground wine cellars!

Our wine route has been closely linked to the history and cultural heritage of the area. The clergy, the nobility and the monarchy of past times were large consumers, which is why today we maintain the legacy of their presence. Pertaining to the fifteenth century, the castles of Fuensaldaña and Trigueros del Valle are both equally impressive elements to discover while wandering freely within.

Cigales Church, popularly known as “The Cathedral of Wine” because of its cathedral-size dimensions and the wine taxes that served as funding for its construction, leaves every visitor in awe.

You mustn’t forget to visit the historic town of Dueñas, declared a combined Historic-Artistic site, where the essence of the past and its dynamism combine in its urban layout. Nor should we forget the Canal de Castilla, as magnificent work of contemporary civil engineering with its series of towpaths and locks.

The nobles have left their essence within the diverse castles, forts, palaces or mansions. On various occasions, royalty would stay in these privileged accommodations forever leaving their mark in history. In every township along the Route, you can find remains of the great figures who inhabited this land.

Wine, history and sports, all present at the annual events

The festivities calendar is ample and diverse with the Harvest Festival of Cigales; the Vendemiaire and the First Must Festival in Mucientes; the historical recreations of the Vaccaei in Cabezon de Pisuerga and the Castle Assault in Trigueros del Valle; as well as the sporting events in Dueñas and those linked to the Canal of Castilla. Also, there are numerous food festivals that complement the annual events scheduled year-round.

The rich and varied cuisine will leave you with unforgettable sensations

If you do not eat in our restaurants, your experience is not complete. On the Wine Route of Cigales, gastronomy plays a fundamental role, both for the quality of the products being cooked as well as for the chefs who prepare the savoury dishes at diverse restaurants where you can taste our delicacies whilst smothering yourself with rich wines DO Cigales.

The quality of the raw material is essential and nowhere is that more true than in our region. The typical black pudding of Cigales is one of many highlights, the so-called “village bread”, as delicious as it is adored in our towns, our mouth-watering cheeses and rich chocolates, crafted since 1891 in La Trappe and the succulent meats in form of suckling lamb or mutton steaks. All under the quality brands seal of Tierra de Sabor or IGP Lechazo of Castilla and León products.

You will enjoy innovative along with traditional cuisine in our restaurants; not to mention the meat skewers and tapas available at our bars and taverns showcasing our wines. The location of these treasured gastronomic nooks is another important feature as they can be in traditional wine cellars, ancient fortresses or decorated in a styling as varied as Art Deco or rural Castilian..

To enjoy our gastronomic wealth at any place and time, it is also possible to buy these products at our participating stores or even our on-line store so that they can reach you anywhere in the world.

The history and tradition can be felt in any part of the Wine Route of Cigales. If getting to know the wineries immerses you into the importance of the wine culture in the territory, you cannot miss visiting the long-existing small businesses with local produce; stay in our lodgings where you will live unforgettable sensations and complementary activities and meet the the farm animals. Enjoy horseback riding through vineyards, make pottery in a traditional winery, collect honey from active bee hives, learn to take professional photography of landscapes, learn how to make chocolate or combine all the activities with a guided tour. The Wine Route hides surprises in every corner for you to discover.

The Canal of Castilla is a strikingly beautiful place where regional heritage combines with sports and picturesque landscapes; advisable to be explored on horseback, bike or on foot.

In the provinces of Valladolid and Palencia, in the center of Castilla and Leon

The geographical area of Route stretches along the northern sector of the Depression del Duero, on both sides of the river Pisuerga. Located ten minutes from the capital of Valladolid and Palencia, with the backbone of the A-62, the Pisuerga River, the Canal of Castilla and Madrid-Irun railway line. Villanubla Airport and the AVE railway station in Valladolid are also nearby.

The route covers nine municipalities within the Designation of Origin Cigales: Fuensaldaña, Mucientes, Cigales, Corcos del Valle, Trigueros del Valle, Cubillas de Santa Marta, Valoria la Buena and Cabezón de Pisuerga all of which pertain to the province of Valladolid, not to mention the village of Dueñas in the Province of Palencia.