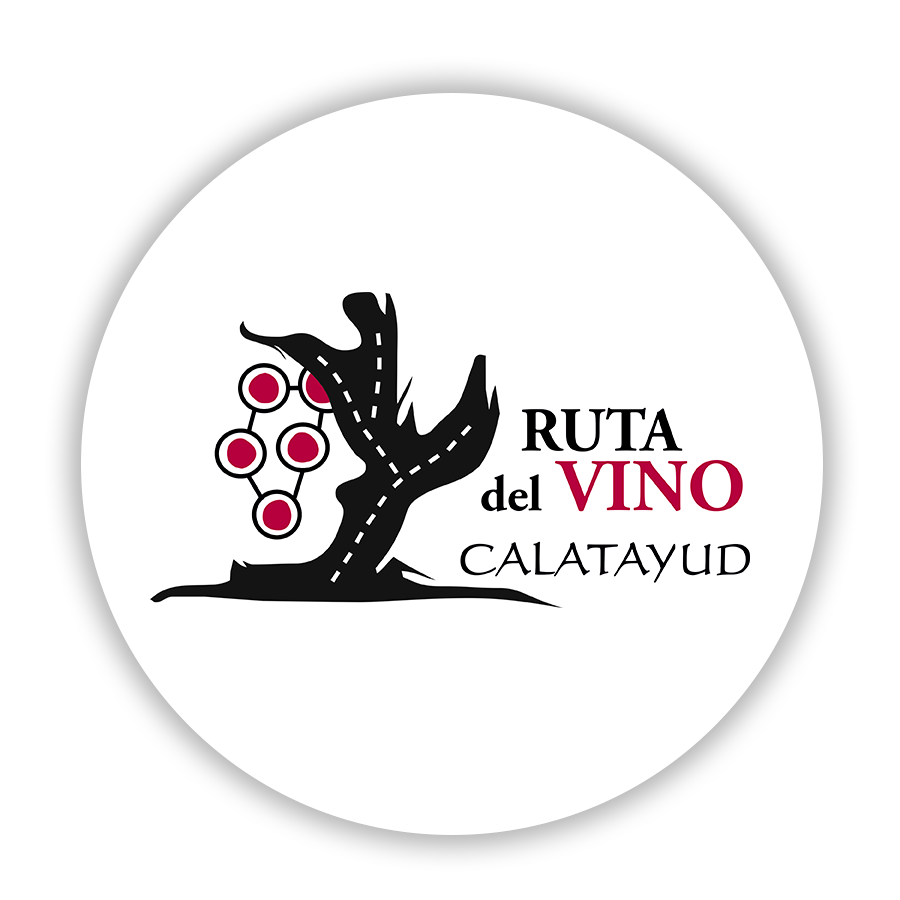 Calatayud, the main town in the province of Zaragoza, after the capital, has excellent road and rail communications such as the AVE. Just 25 minutes from Zaragoza and 55 from Madrid, it is one of the highest altitude wine-growing areas in Spain, with centuries-old vineyards in extreme natural conditions, very conducive to the production of wines of excellent quality and recognized prestige.

The Region of Calatayud has a great patrimonial wealth, with its Mudejar declared a World Heritage Site by UNESCO, with unique natural resources such as the Piedra Monastery, a wide range of mineral-medicinal water spas, a Golf Course and more than one Hundred tourist resources, landscapes, hotels, restaurants and commercial establishments that you can discover by visiting wineries and tasting our wines. 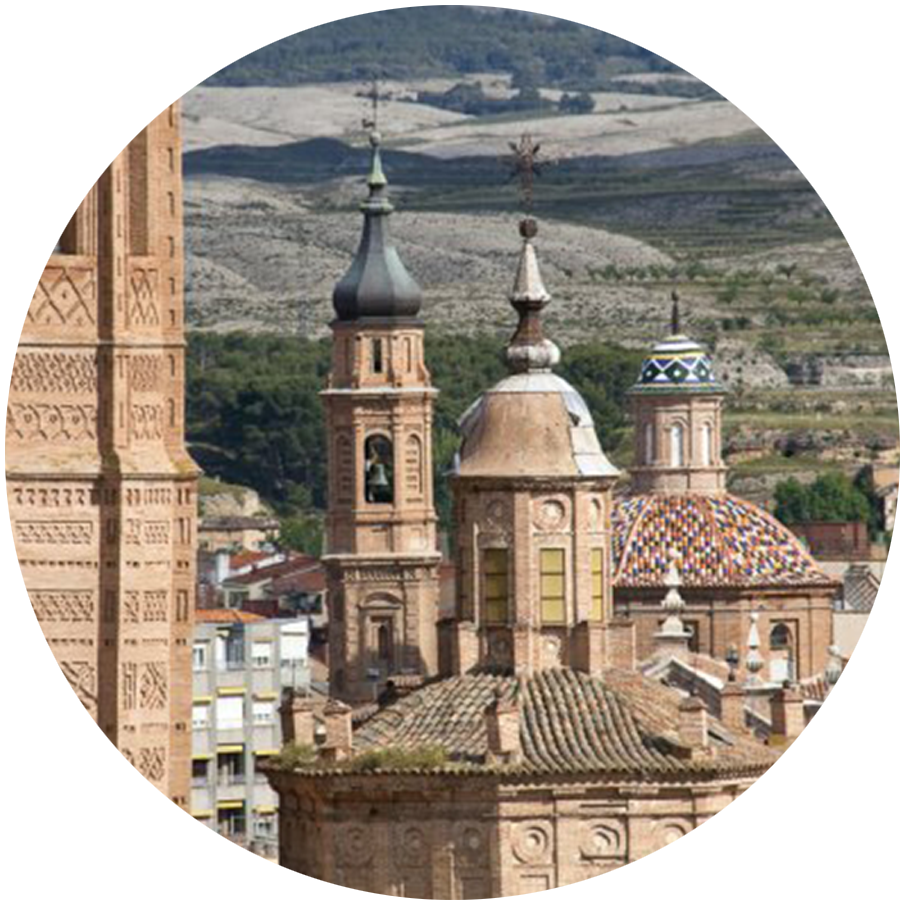 Vine growing in this area goes back to the 2nd century B.C. as attested to by a winepress found in the Celtiberian site of Segeda. The first written testimony to the superb quality of wine in this region was contributed by 1st-century-writer and historian Marco Valerio Marcial, born in the nearby Roman city of Bilbilis.

In the late 12th century, Cistercian monks promoted vine growing in this zone and founded the Monasterio de Piedra. Numerous wineries in the monastery surroundings attest to the significance attached to vineyards.

In the 1960’s vine-growers came together and created co-operatives. Aware of the high-quality of the wine produced, winery owners applied for the creation of the protected designation of origin (D.O.), which was granted in 1989.

Over one-hundred-year-old vines, the high altitude of most vineyards and extreme weather conditions with exceedingly hot and dry summers plus severe frost in winters shape the motto of D.O. Calatayud: Extreme Vineyards, High End Wines.

Over forty local facilities are involved in Calatayud Wine Tours including wineries, hotels with accommodation for up to 800 guests, thermal and wine-therapy spas, prestigious restaurants, museums, natural parks, one of Spain’s top 18-hole golf courses, transport companies and gourmet shops.

The region of Calatayud boasts a superb historical heritage—the fine instances of Mudejar art found throughout the area were declared a World Heritage by UNESCO—, unique natural spots such as the Monasterio de Piedra, a wide range of thermal spas, a golf course plus extensive tourist resources, stunning scenery, fine hotels, restaurants and shopping facilities available to tourists visiting our wineries and tasting our wines.

There is no town without a characteristic party in this millenary territory, gaining more than significant importance, which is evidenced only by quoting a fact: of the first 11 declarations of Fiestas of Tourist Interest in Aragon, 8 take place in our region, nothing more and nothing less!

Holy Week is in our land festive strong, standing out the representations in Calatayud, Ibdes, Jaraba, Ateca and Torrijo de la Cañada.

With the good weather come the typical and popular festivals, among which include the massive participation of San Roque in Calatayud, and those of Terrer and Munébrega for their peculiarities.

Special boom are taking The Alfonsadas, recreational festival in which Calatayud returns to the Middle Ages, representing the taking of the City by King Alfonso. Within the most unmistakable traditions, the ancestral Contradanza de Cetina should be highlighted, in which the dancers dressed in costumes that recall skeletons representing death, dance at night only with the light of the torches. Or the Mask of Ateca, semigrotesque character dressed in a striped suit who climbs the hill of San Blas from whose top the boys repeatedly throw fruit.

When it comes to sitting at the table, the Community of Calatayud offers you true gastronomic treasures. Based on the products of its fertile lands, cooked without tricks and without hurry, the traveler must make a stop on the road to rediscover a natural way of feeding.

The fertile areas of the rivers have provided excellent products for centuries: marvelous vegetables, among which the borage stands out, and appreciated fruits in all their varieties, historically praised by numerous authors.

The grass of the mountains gives our native cattle a vigor that translates into an unbeatable meat, the prestigious ternasco.

The sweets in Calatayud constitute a chapter of their own. Chocolate has the honor of being the place in all of Europe where it was made for the first time, and confectionery of all kinds, highlighting biscuits and candied fruits, has achieved deserved fame outside its borders.

Mention should be made of the conger eel, which although it is a sea fish, is part of the bilbilitana cuisine as if it were an autochthonous ingredient. And it is that it was the product of the commercial exchange that for many centuries was maintained with the Galician people, by our famous ropes and ropes.

Our wineries provide a wide range of activities such as visits to their bodegas and vineyards and wine tasting. You may enjoy the unique chance to become a wine expert for one day, take part in photography tours, mountain-biking tours or go trekking amongst vineyards. A superb 18-hole golf course is also available.

The region of Calatayud boasts superb historical heritage originating from the three cultures which co-existed in the area (Christian, Jewish and Muslim), with leading World Heritage Mudejar buildings such as the 70m-high tower of Santa María, the tallest of its kind and open to visitors, or an historical Jewish quarter which has inspired and attracted the attention of numerous scholars.

Monasterio de Piedra, the cliffs along the river Piedra and bird-watching guided tours offer an excellent opportunity to enjoy nature whilst contributing to its preservation and to the social and economic development of the region.

Between Madrid, Barcelona, Valencia and Burgos

In a strategic position in the centre of the Sistema Ibérico, Calatayud is the second main city in the region of Zaragoza, enjoying excellent motorway and railway connections, including the AVE (High Speed Train) service. Just 25 minutes from Zaragoza and 55 minutes from Madrid.

It is located at the crossroads made up by the Autovía A-2 and the N-234, Valencia-Burgos.